The first two Letters Live events to be held at the Hay Festival were spontaneous and packed affairs. When tickets for the first event went on sale and it was announced that Benedict Cumberbatch would be appearing at Hay for the first time, the show sold out in less than half an hour and a second Letters Live date was announced for that same weekend. Both events were a triumph and featured a fantastic array of talent.

Ted Hughes to His Son

Stanley Berger to His Father

Sex Does Not Thrive on Monotony

Anaïs Nin to The Collector

You Must know Again my reluctance to marry

For the Sake of Humanity

I Stand Astounded and Appalled

Ought Women Not Be Abolished

Clementine Churchill to The Times

In Event of Moon disaster

Hang on My Love and Grow Strong

I Am Very Real

An Idiot of the 33rd Degree

Chopin to His Father

How could you go ahead of me?

A Widow to Eung-Tae Lee

I Can’t Fight Any Longer

This is my Favourite Memo Ever

You’re off By God 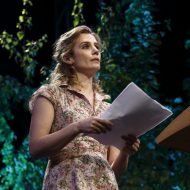 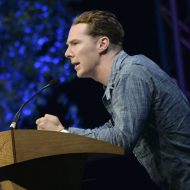