Letters Live returned to Oxfordshire in 2018 to entertain the crowds at the picturesque Wilderness Festival following a magnificent debut in 2017. During the first weekend of August, as headliners of the festival’s Talks and Debates programme, Letters Live descended upon the stunning Atrium stage to seduce the audience with, as ever, a cast of readers and letters certain to surprise and delight.

Letters Live has been wowing audiences since its low-key inception in 2013, and to this day its mission has remained the same: to harness the unrivalled power of old-fashioned correspondence and breathe new life into the stories contained within letters with the help of an ever-changing cast of some of the most acclaimed performing talent from around the world.

Wilderness is an award-winning festival of music, food, arts, learning, literature and rejuvenation which began in 2011 amongst the lakes, forests and parkland of Oxfordshire’s exquisite Cornbury Estate. 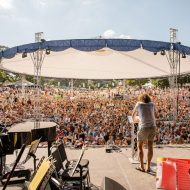 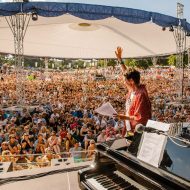 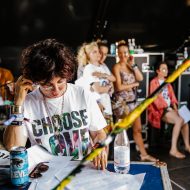 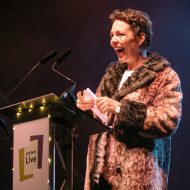 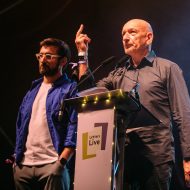 That is not the way to play football

I did as you told me

Yours are kept forever

And now I must dress to receive the planets, dear

Thank you, and I hope you choke

That’s Deadwood for you

Calamity Jane to Her daughter

Sarah-Louise Jordan to An admirer

Have a Happy Period

Are you supposed to be normal?

Harold Pinter to A Theatregoer

Arthur Conan Doyle to His Mother

Ralph Ellison to His Mother

On the uses of books

We are just ordinary people

Hossein to the People of Europe

Now her soul is free

I could never describe it

You know who you are (Daft Punk complaint)

Australian to Their Neighbour

You may not send us your verses

Angus and Robertson to FC Meyer

You are an inspiration

What should I do?